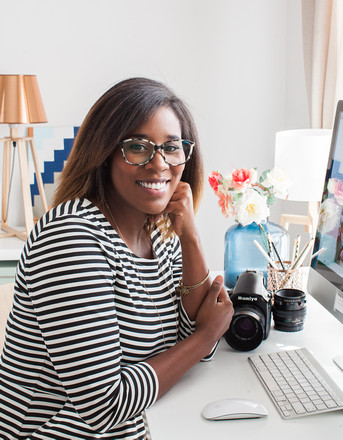 Jazmyn Ward received her first 35mm film camera as a child as a gift from her father. It was the Minolta that was used to capture the very first photo ever taken of her. From that time, she grew attracted to the power of photography as a medium; how a single image can bring to life an intangible memory.  Jazmyn's love for photography began to flourish while she was working on her Bachelor's Degree in Psychology at Mercer University. As she began sharing personal work, requests for commissioned shoots grew. In 2011, after completing a photography mentorship, JB Ward Photography was established.

Now, Jazmyn enjoys photographing weddings and couples around the globe. Traveling throughout Europe, the US and South America; Ward has an ability to authentically capture the unique love of couples, across many cultures and languages.

When she isn't traveling, you'll find Jazmyn in Frankfurt, Germany where she currently resides with her husband.